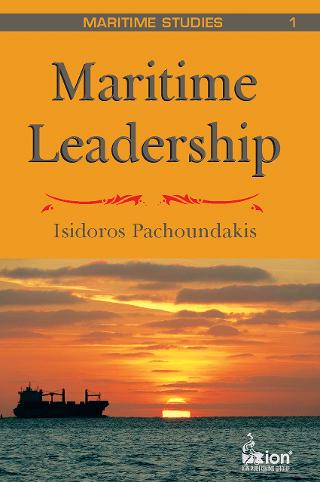 From Plutarch and Machiavelli to contemporary analysts, the concept of leadership has much occupied science and many attempts have been made to analyze and interpret this charisma of exercising power or influence on communities, groups, companies, or even whole nations. The common characteristic in all these analyses is the motivation given by the Leader to people and groups in order to achieve a specific goal.

A Leader is not encountered solely among the higher ranks of legitimated power and influence (e.g. directors, managers etc). Highly proficient or excessively charismatic people may assume leading behaviour and change the mindset and conduct of their team. An experienced Captain, for instance, or a technician with good knowledge on an advanced computing system may be more influential than his seniors in rank; furthermore, the charismatic leader Mahatma Gandhi had great power of influence over his multitudinous followers despite having no legalized form of authority.

Consequently, the initiative to change and the mobilization towards a goal do not necessarily follow the official hierarchical institutions but can derive from the lower levels of hierarchy as well, depending on current need and personal ability. Similarly, the Leader might not coincide with the owner or Manager of a Shipping Company or department.

Leadership and Administration are two separate but complementary action systems, both essential to the accomplishment of elaborate goals within a dynamic environment. Proper administration is indeed required in today’s conditions of goal complexity and Company expansion in order to ensure order and provide quality and profitable affreightments; contrarily, Leadership is essential to face the dynamic environment and achieve a change of mentality and climate within the office and ship. The more fluid and competitive the environment is, the more imperative the need becomes for change and adaptation to the new conditions, adaptations which may regard factors such as technological advancements, oil price volatility and contemporary crew diversity, among others.

More specifically, adaptability to cultural diversity is a powerful tactic of efficient management, since the Leader will be able to significantly influence the productivity just be aligning his behavior to the distinct culture of his crew. An American officer for instance will present his request in absolute candidness, simplicity and what may seem as impatience, a behavior that can be perceived by other cultures as being rude.

A Japanese partner is more likely to avoid conflict and clear-cut “yes” or “no” responses. On the contrary, a Russian member of the crew will pursuit conflict. A Nigerian seafarer will prefer spoken word but an Indian will opt for written speech. Although all these stereotypes don’ t always apply, they do underline the need for multi-cultural recognition by the Leader in order to increase the productivity and effectiveness of the ship and the shipping firm.

Tests for the Michigan ECPE 3: Key