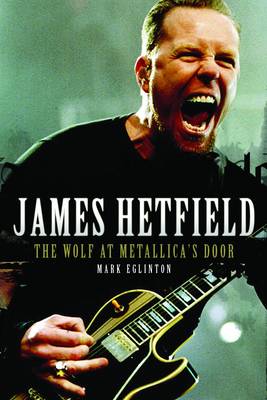 "Metallica's seat at the top-table of rock is already assured. A huge part of their stunning transition from obscure thrash metal pioneers into globe-crushing rock megastars is singer, guitarist and co-songwriter James Hetfield, whose instantly recognisable and overwhelming presence has guided their every dramatic step. Brought up in a household aligned to Christian Science, his early life was inevitably overtly religious, yet by his early teens he was a keen fan of rock acts such as Black Sabbath and Motorhead. Working through the visceral thrash metal underground scene with Metallica, Hetfield exploded onto the global scene with their seminal eponymous album and his place in the rock pantheon was assured. However, behind the scenes was a complex band fronted by a genius who had his own personal battles to fight - internal friction, tragedy and the demands of global fame lacerated the band and in 2001 Hetfield headed into rehab to address 'undisclosed dependencies', throwing the future of Metallica into considerable doubt. His subsequent blistering re-emergence as a re-invented rock legend is a personal and professional triumph; Hetfield's often misunderstood intellectual and warm personality allied to his stunning ability certainly deserves honest recognition - The Wolf At Metallica's Door is the first book to chronicle this remarkable man's life."