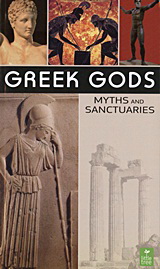 The world of Greek mythology is a vast and mysterious universe, in which countless gods and heroes, monsters, spirits and demigods rule over the natural laws and lives of the mortals: wars and intrigues, favourites, enmities and alliances compose a background upon which the wondrous activities of ancient Greek history evolves. Greek mythology was formed and spread through oral tradition, the wild imagination of the ancient Greeks transcribing into myths all that the human mind could not conceive. Divine will, sometimes positive and other times vengeful, was responsible for natural disasters, military victories, calm seas and stormy winds. Every manifestation of the lives of the mortals was connected in some way to the desires, anger and satisfaction of the gods.

The main sources available to us for the myths of the Greeks are literary. The most ancient European literary texts, the Homeric epics of the Iliad and the Odyssey, focus on the events that preceded and are narrated in the Trojan War. The Theogony and Works and Days by Hesiod describe the presence of Chaos, the Genesis of the Gods and the Titans, the creation of the world, as well as of the Olympian gods, the succeeding era of the mortals and the origins of ritual practices. Mythological information can also be found in the Homeric Hymns, in sections of the epic poems in the Homeric cycle, lyric poetry, the works of the 5th-century BC tragic poets and in texts and authors of the Hellenistic and Roman periods such as Plutarch and Pausanias. A plethora of scenes from Greek mythology are also represented on works of art such as sculpture and pottery, from as early as the geometric period.

Greek mythology had a deep influence on western civilisation and is a major part of the western heritage in both the visual arts and literary tradition. The complexity, richness and authenticity of the Greek myths represent eternal values; and this is why they have never stopped inspiring people, as they are filled with the opportunity of renewal, and are recharged with a new meaning and importance through the passage of the centuries. 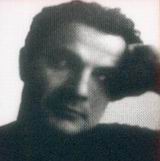