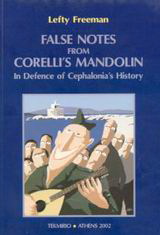 In Defence of Cephalonia's History

This book had to be written. Luis de Bernieres` unbelievable lies and historical distortions about the Greeks` resistance to the Fasists - Nazi invaders of their fatherland in World War II, featured in his novel "Captain Corelli`s Mandolin", could not have been left unanswered. He was badly mistaken if he ever thought otherwise.
Although de Bernieres claims to consider Greece his "homeland", he seems to have no respect at all for her people. On the contrary, with his book he has denigrated and offended them by bringining discredit upon what they feel to be the proudest moments in their history: their heroic struggle to keep their country free.
Those who felt attached in what they hold most dear had every right to defend themselves. "False notes from Corelli`s mandolin " was written in self-defence. Its readers will not fail to realise how repulsive those false notes really are. 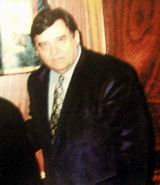